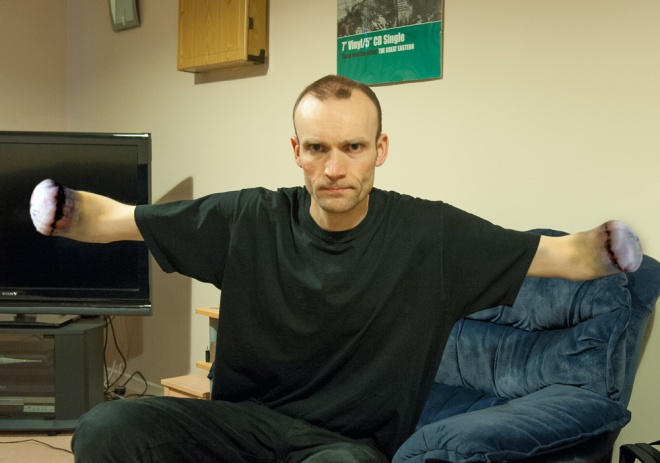 Well there I was, ambling along quite nicely and feeling optimistic about finally finishing one of these ill-conceived projects, when I had a bit of an accident. Drawing and painting is pretty much off the agenda for me now, so the project must end. I’m still feeling pretty traumatised about it and don’t really want to go into details, but let’s just say I’ve learned not to double fist pump in celebration after successfully fitting a ceiling fan. Anyway, typing with your nose is a nightmare so I’ll keep this brief.

This project was supposed to have a big finale – a video in which I laid out all 260 A4 portraits in a 20 x 13 grid to reveal the final portrait: 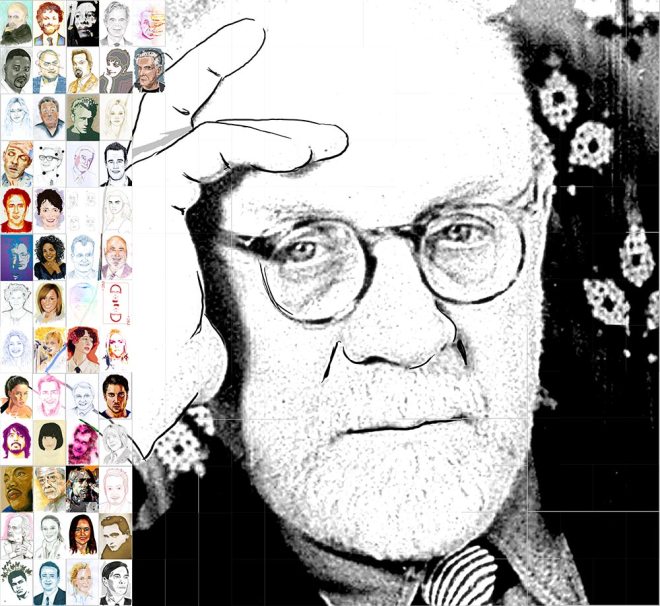 Henri Matisse, born 31 December 1869.  He was known as the master of colour, so it seemed fitting to piece together such a collage. Perhaps you guessed what I was doing with all those strange lines that kept appearing in the backgrounds. I even hinted at the 20 x 13 grid idea in the banner:

See, it was clever. At least one of you might have said ‘Ooh.’

Although this decision has been taken out of my hands, so to speak, I have to admit that I found portraiture a total pain in the arse. I don’t know why I thought I would enjoy it, or that it would be easier than previous projects. My excitement about it had evaporated by the middle of January, and artistically I think it had almost no merit whatsoever. I do these things because I think I should be concentrating my abilities somehow, but those abilities always fall short of what I expect. I used to think it was a given that by not living a conventional life I was bound to become some sort of mad creative genius, and that this would be compensation of sorts. Instead I learned, again, that putting yourself under time constraints might force you to be productive, but it rarely yields a quality result. When you’re looking at a portrait and thinking ‘That’ll have to do because I’ve run out of time’, you’re doing the wrong thing for the wrong reasons. So, that’s it. And if I ever say that I’m planning a year long project again, please – somebody – talk me out of it.

Graham Nunn will return in Octopussy.

Liza Minnelli, born 12 March 1946. This one redefined tedium. I turned the photo black and white, then selected all the black areas and contracted the selection by five pixels, filled with a new colour, then repeated the process over 90 minutes or so until I reached the edges. 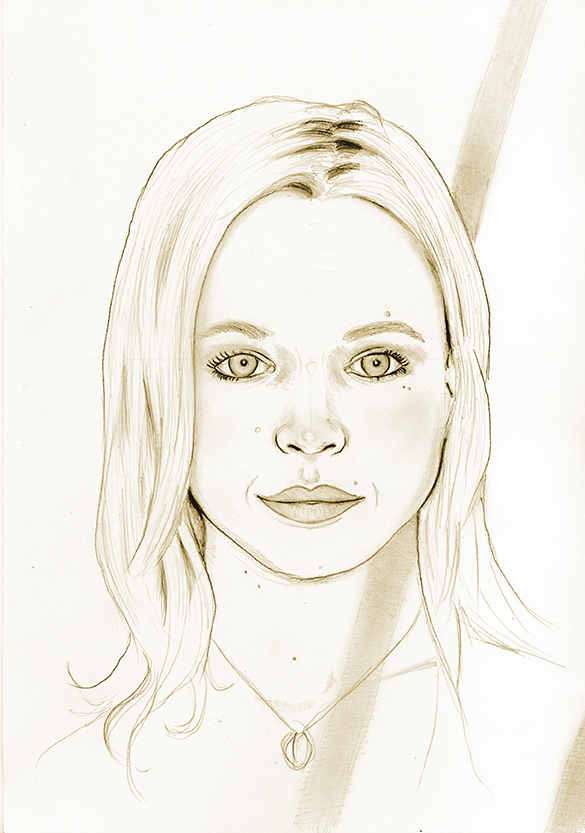 Thora Birch, born 11 March 1982. Pencil, recoloured on computer. I did this without plotting any points – just sketched straight from the reference. I was pretty pleased with it when I’d finished and thought my abilities must be improving. But then, after scanning it, I placed it over the photo to check its accuracy and it was a mile off. Everything is in the wrong place. And yet, it still looks like her – at least it does to me. So it seems as though there is a greater margin of error, in some faces, for capturing a likeness. My Laura Robson portrait didn’t look like her even though it was technically accurate, perhaps because she has a more generic face and the things that make her recognisable are more subtle. I suppose that’s pretty obvious – some people are more recognisable than others – but it appears that I’m only just grasping this.

My name is Graham Nunn and I am going to attempt to upload a portrait of a celebrity every Monday to Friday throughout the whole of 2013 - that's 261 in total. All the portraits will be drawn, painted or created in some other medium by me. The date that each portrait is posted will correspond to the subject's birthday.